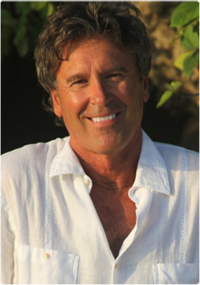 Ray is an authentic, uniquely experienced, and internationally respected healer and teacher conducting public presentations and private healing sessions worldwide. His life’s purpose is personal and planetary transformation. Highly effective and deeply Spiritual in nature, Ray’s work initiates and accelerates the healing process. For over 25 years he has committed his life to assisting individuals and our planet in meeting the unprecedented challenges of inner and outer change, or what he terms the “Planetary Rite of Passage” our world is undergoing.

Ray is a gifted teacher and speaker as well who can communicate and awaken understanding of diverse and difficult spiritual issues in a direct personal manner. Due to his own unique and transformational life experiences he connects easily and often with a wide variety of people with diverse healing needs. He has assisted people of various cultures, and awareness levels around the world. In addition Ray’s abilities extend to providing healing assistance for animals, both wild and domestic, along with many levels of planetary energies and consciousness.

Born in a rural area of North Carolina, his connection to and awareness of Spirit and Nature began very early. His grandmother of Cherokee descent was a community healer, particularly utilizing talismans. Ray’s psychic gifts and spiritual interests were evident in early childhood. A recognition of the responsibility of, and his full commitment to, developing his healing abilities followed a personal awakening experience in 1976. Since that time he has been continually engaged in his own inner transformation and sharing his abilities around the world.

In addition to providing his healing work through the years, he also served as a conservation and preservation specialist for 20 years in the US and Africa. For 25 years he also owned Pure Wild Safaris, an international tour company he created which conducts guided “Self-Discovery” tours worldwide. He has been featured on TV, film, radio, and in print. He was also co-founder and President of Jade Monkey Film Productions, which focuses on presenting entertaining and inspiring films on the transformation of human consciousness and planetary change. He currently serves as VP on the Board of Directors of the non-profit Noonetime Charities.

For over 40 years Ray has traveled extensively internationally, continually evolving as a healer in order to provide new perspectives and energies for personal and planetary healing.

To schedule or request information on energetic healing sessions in person or at distance; workshops, retreats and intensives; or world tours, please complete the form.

Please wait to submit credit card payment for your session until your appointment is scheduled and confirmed!

Privacy: Any information you provide will be kept confidential. Your personal information will not be shared with any other party. This form and webserver are secured.