THE CHALLENGE OF CHANGE

Here we are at present…within a collective Challenge of Change during this current crisis and Planetary Rite of Passage.

We all like to live conveniently, but certainly these days we are being forced to rethink so many aspects of our lives whether we wish it or not. Some people are adept at change, some merely inconvenienced… but the majority of humans willfully resist change, and struggle to maintain the past in myriad of ways, both consciously and unconsciously, to the point of illness. When we settle into complacency and ultimately attachment to certain ways of life that are not sustainable, crisis is the inevitable result and we face the difficult challenge of change.

Those that have followed my presentations over the years know I have been speaking to this Challenge of Change, and our Planetary Rite of Passage for the past 15 years or more. Humans have always been a crisis management species. Crisis eventually necessitates and initiates change. Unfortunately humans usually respond with compromise and self centerdness, which limits the change. Many have heard me express in public and private sessions that the energy needed to make a transformational change is directly proportional to the energy contained in the issue or crisis needing to change. True transformational events require tremendous investment of energy on all levels: mental, physical, emotional, and subtle psychic.  This applies to ANY crisis or call for change. If we do not invest an equal or greater amount of energy into the action of change then we will fall short of the long-term potentiality inherent in the event.

These pivotal events in life that require radical change are Rites of Passage. Crises of change in the process of becoming. They may be experienced personally, but ultimately linked to the collective.

I began understanding this ongoing planetary challenge of change as a collective Rite of Passage after participating in  authentic Rites of Passage ceremonies in Northern Kenya with the Samburu tribe with whom I lived in 2004. After observing and participating over a period of several months in many of these ceremonies and rituals, I identified several stages linked to the transformation of the initiates self-consciousness.

The moving from the “immature childish” self-serving stage of consciousness to increased levels of self awareness and a healthy relationship to serving the Whole, is the heart of any Rite of Passage, personally and collectively. But the crisis behind the challenge of change requires 1- separating from the past  2 – enduring and surviving the initiation  3 – fully letting go of the old identity and entering a new sense of purpose and Unity.

A successful Rite of Passage (ROP) is transformational. One cannot compromise a true Rite of Passage. It is total, and final, and extends beyond the individual experience of the event. Western culture and to a great extent Eastern cultures as well have lost traditional rites of passage that contributed to the health of the tribe or community.  While seemingly primitive in nature, the tribal rituals I participated in during male age-set circumcisions and warrior initiations with the Samburu had much deeper purpose within the community. 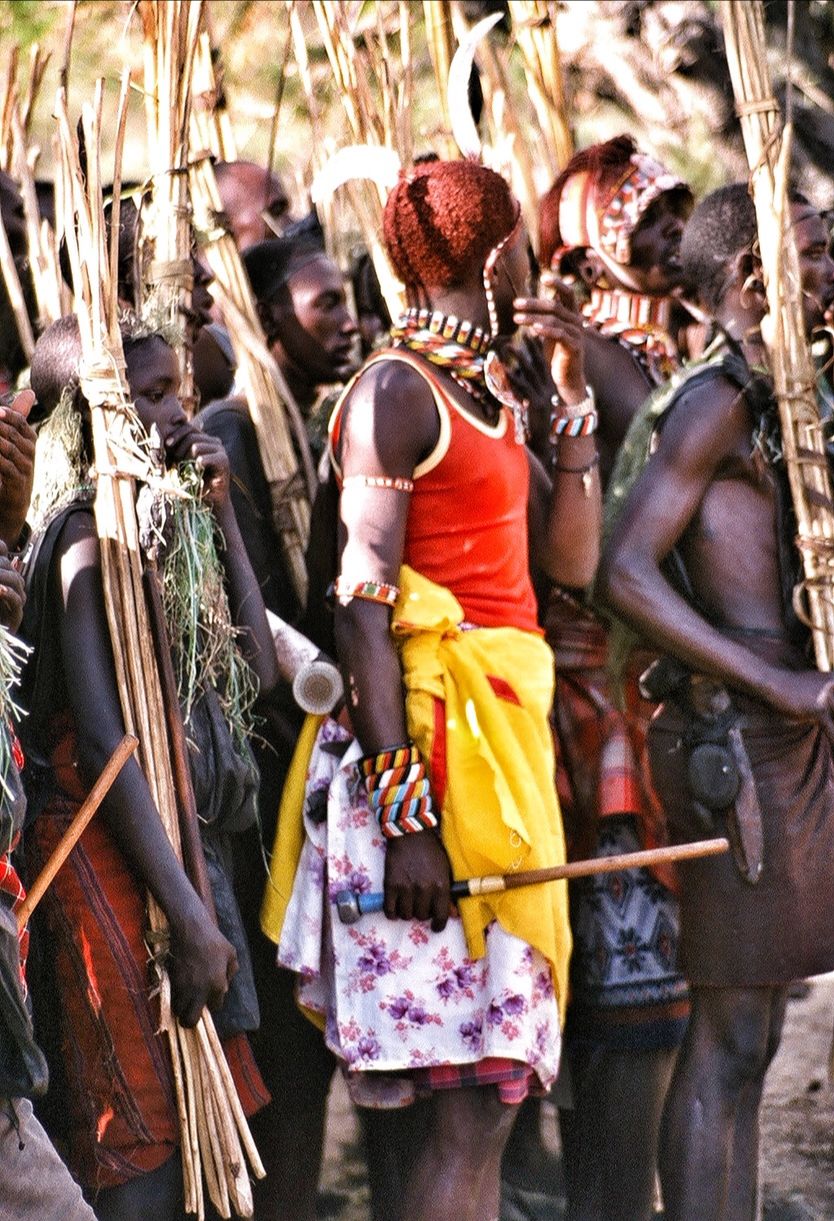 Like an individual vision quest, a personal ROP presents enormous personal challenge. And if successful and survived, is followed by a permanent deeper understanding of self and its connections and new responsibilities in relationship to the Whole.

Once again, understanding and committing to these three predictable stages of a traditional Rite of Passage can assist us in moving through the fears and uncertainties facing us all as we mature and awaken as Universal citizens:
1. Separation (from the known, the past, people places and things)
2. Transition (letting go of insisting on the “past” and forming a relationship with the current crisis as part and opportunity of the process of growth and change)
3. Unity (embodying a new way of living and being based on the Whole.. the healing of separateness within and without)

When supporting the warrior initiates on the sacred mountain for the Samburu and each young boy was challenged and fearful not only of the pain to come but also the long term life changes,  I whispered in the initiates ears the Samburu word “il reisha’… meaning courage. If we can let go of the past and listen to a voice of courage we can be successful and take our universal place as more mature beings whose responsibility it is to take care of the entire community, not just our disconnected selves.

Early human evolution and current more traditional nature based cultures retain some of the capacity to see the whole or connectivity of all things. Inherent in our current ROP is the illusion of separateness, which obscures a clear vision for action based on the greater good, and for most humans, this illusion blocks all-inclusive action that unifies rather than separates.

The consequences of our human, individualistic or species specific, “anthropocentric” demands and creations through limited separatist thinking is unsustainable on every level, and related to the planets current challenge of change.

My definition for being awake is simply “a holistic understanding of cause and effect”.  If one is awake, one sees oneself as part of a greater whole and that each thought, and action has consequence with the All.

Systems are at the heart of this writing regarding our planetary crisis and awakening and this Rite of Passage. Systems, whether we are referring to eco-systems, nervous systems, or ideological systems, are all man made concepts. Man made in the sense that as human intellectual and instinctual capacities began to “evolve” we began to partition and divide in order to define and understand. We did not have the capacity to grasp concepts and Life processes in its entirety, so with the greater picture out of reach, by diminishing and partitioning into smaller parts, understanding could evolve gradually. This works until the illusion of permanent separateness becomes the misunderstood law. Treat the circulatory system at the expense of the entire body; fence the eco-system and the suffering of unknown species results; join the religious or political system based on short sighted differences and self righteousness and persecution results.

In my personal healing work with people over the past few years I have been observing healing challenges falling within this model of systems… old systems breaking down and the response of vicious circles of crisis when attempting to recreate the past through unhealthy attachments to people, places and things, beliefs, behaviors, illusions about the nature of reality, an infinite number of conscious and unconscious ways to avoid true change followed by the resulting recurrence of crisis.  One of the deepest, most challenging energies, that paralyze and block change is the system of our self-identity! Why do I call it a system? The self identity is made of past experiences and our response to life’s fluid and constant energy of challenge and change through our static, contentious nature due to limited understanding, much the same as discussed above regarding other types of systems. Personalities are formed from partitioned parts of our Whole self and our true self-awareness becomes layered and divided into defense mechanisms with a limited sense of self, roles, personalities, strengths and weaknesses and defense mechanisms that have served us in past experiences.  Our ever evolving sense of our connected higher Self ( Big S ) is limited by fear of change and challenges and over identification with the lower self  (little s) and it’s insistence on maintaining the past.

So how does a planetary Rite of Passage relate to our current crisis?  Ultimately our challenge of change during this present ROP is a lesson of old systems breaking down… old individual and collective self-identities… old illusions of separateness and self-centerdness…the irrefutable truth of our being part of a Whole and not disconnected separate systems. The Earth is one functioning entity and we are but an ever-evolving part of this consciousness. Any perceptions or actions not conscious of this are not sustainable and crisis is the inevitable arbiter of change. 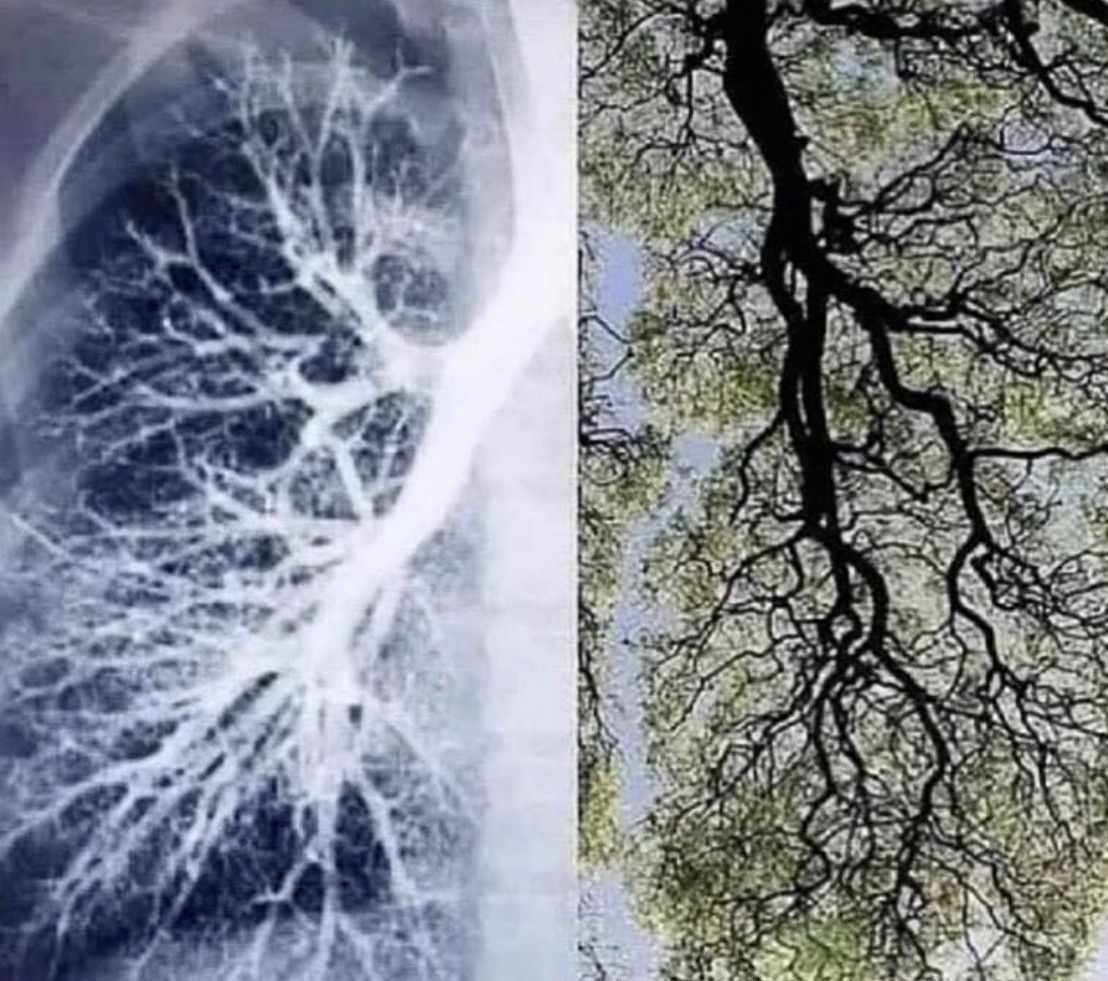 The earth’s lungs are ours… it’s waterways our circulatory system, it’s health our immune system. As a species we have been immature children making childish self-centered demands on life, and the planet, which is life giving. Now through the current crisis we are being challenged in this planetary ROP to give up immature self-centered, self-serving and non-sustainable habits, desires, and childish demands and move to the next level of responsibility within the ROP.  Hopefully at least to an adolescent stage within Universal consciousness where we begin to see our new role and responsibility to the Whole, without the childish demands for our needs being the solitary justification for our actions.

The ROP’s long term impact on the collective human psyche will be profound… trust in the nature of life will be challenged until we see ourselves as part of the collective Universal Whole. This is the Transition phase. Seeing this crisis as part of a Rite of Passage can give insight and tools for moving through it successfully and as a transformational event … and not insisting on measuring our success by our ability to recreate the past… but by awakening into a new way of living and being.

To assist in our collective Rite of Passage and Awakening
I am continuing to offer:
Private individual recorded healing sessions by appointment via video or phone 1 hour distance Personal & Planetary Healing Meditation Sunday evenings 6:30 PM CST; 7:30 PM EST; 4:30 PM PST For the past 6 years on July 4th I have offered a group distance Healing meditation with the intention or theme being releasing the past and those things that no longer serve us.
I will be offering this group meditation connection at distance theme each Sunday evening at 6:30 pm CST, 7:30 pm EST, and 4:30 pm PST. Simply sit quietly in your place of refuge at the appointed time and meditate upon the intention to release those attachments to energies, concepts, illusions, or things that keep one bound to the past. Open your self to the healing forces that will emanate from here on the southern end of Isla Mujeres where I will be sitting on focusing on the same. This location in the eastern most Mexican Caribbean has long been held as a focal point of energy and healing. The temple of Ixchel, Mayan Goddess of healing, sits close-by. If we are to move fully through this crisis, letting go of the myriad manifestations of the past must be realized.  In deep appreciation for your healing commitment during our planetary Rite of Passage,
Ray

To schedule or request information on energetic healing sessions in person or at distance; workshops, retreats and intensives; or world tours, please complete the form.

Please wait to submit credit card payment for your session until your appointment is scheduled and confirmed!

Privacy: Any information you provide will be kept confidential. Your personal information will not be shared with any other party. This form and webserver are secured.